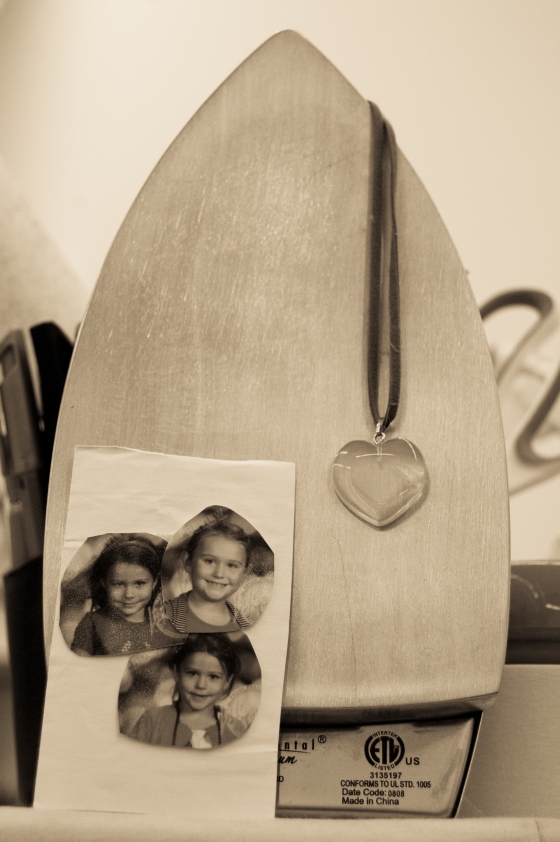 A photo studio is similar to a theater in many respects, the most salient being that, like a theater, it allows things to exist as they truly are – which is to say, symbolically and metaphorically, instead of mundanely.   Despite our rich figurative potential, however, the Tableaux of Women arrayed in the Prep Room today went unremarked and unrecorded by pixel or film.  The lovely gazelles and their fashionable handlers on one side, all beautiful flesh and evidence of Times’ disloyalty; while across tables piled with stacks of pants and polo shirts, we labor in sensible shoes, wielding steamers and hot irons like magic wands, with bodies that store more than they spend.  And at the head of the table, Seamstresses, whirring whirring whirring their machines, Fitting and Stitching, to make even the perfect appear sublime, all the better to lure you toward the Sirenum scopuli, enchanted by visions of what you could be, with just a few Alterations.