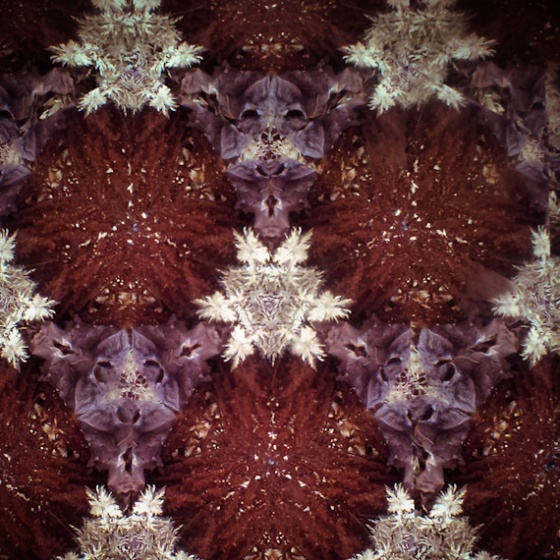 The weathered copper planter  moves in smooth, heavy turns beneath the kaleidoscope, so that you can watch the show as meticulously as you want through the eyepiece. I decided to see if I could make some snowflakes.  I held the rim of the big bowl and watched the shapes unspool, like whispers from an ancient prayer wheel.  Inch by inch, the feathery grey points of Dusty Miller (or is it artemesia?) melted into each other as honeycombs of hydrangea slid from view.   And then, as I’d hoped – just for you, just for Autumn – the first snowflakes of the year formed somewhere between the red starry skies and amethyst earth below.  It won’t be long, now, until they are here to stay.