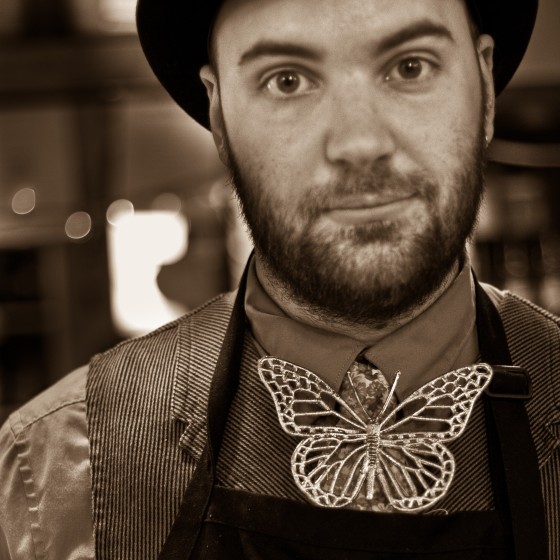 Ben Wineke is one of the new friends Mom made when she moved to Verona, and established herself as a drinker of chai at the Sow’s Ear.  I say “is” because I think they still are friends, even though her part of the conversation about Ireland and Daniel Day Lewis is on a different channel now.   When Ben and Mom met, his personal style was still emerging.  He has since resolved, as he says, to “Bring dapper back!” with true finesse and originality.  Ben donned this butterfly, in her honor, for my St. Patrick’s day picture.  Barbara would say, “He looks grand!”